Art Patronage is not dead!

Granted, it is hard to find a patron the likes of the Medici family in 15th and 16th century Italy, who commissioned copius works of art from local artisans, and the U.S. lags way behind in supporting the arts compared to European countries, but there are exceptions.

Karl Whitaker, an avid print collector, is in the process of commissioning 30 prints by 30 contemporary southwest artists. The collection will tour as a traveling exhibition when complete.

New Grounds was fortunate enough to be chosen to print a work by Tucson artist Ruben Urrea Moreno, as part of Whitaker's project. The large-scale woodcut was editioned in September by New Grounds master printer Ren Adams.

New Grounds provides custom printing services to artists, curators and patrons of the arts, and we often have a master printer  working on an edition or series in our main studio. It's one of the many services New Grounds offers and our custom printers are respected and skilled across various printmaking techniques, including etching, gravure, relief and serigraphy (among others!).

If you're interested in having pieces printed at New Grounds, don't hesitate to contact us to discuss options!

Whitaker's commissioned project is impressive! You can read more about the piece printed at New Grounds (and about the project's larger vision at: Desert Triangle Print Carpeta: Ruben Urrea Moreno).


Posted by New Grounds Print Workshop at 4:23 PM No comments:

During the exhibition opening, Brian provided a live demonstration of his dry point techniques, plus details on his process, his combination of various traditional and non-traditional approaches to etching, and his creative use of fascinating tools to produce his fresh, figurative works. Best of all, Brian goes into detail about why he draws and the idea behind his sensitive portraiture.

If you missed the original demo, or have been dying to see it again, you're in luck! We've finished the demo video and it is now available on YouTube:

View etchings by Brian Giza on our gallery website.
Posted by New Grounds Print Workshop at 2:17 PM No comments:

On Friday, September 4, 2015, New Grounds Gallery hosted an artist reception for Ephemera- Etchings by Stephen Lawlor. Stephen was the first place winner of our 2013 International Juried exhibition, and this 2015 solo exhibition is part of the award New Grounds offered.

We are proud to showcase his stunning, multi-plate etchings!

Travelling all the way from Ireland, Stephen Lawlor was in New Mexico for the opening!

Stephen Lawlor’s etchings reflect the history of western painting as a subject in itself but also include the natural world through the same filter. Lawlor’s images are evocative of abstracted ‘actual landscapes’, both of which have a definite relationship with a pre-photographic sensibility.

All of the pieces in Ephemera are multiple plate etchings with spit-bite aquatint. Painting with acid onto the plate creates their fluidity of form and delicate tonal ranges. The master plate is drawn on hard ground with an etching needle that leaps and jerks all over the plate. This convulsive line creates tension and adds character to the dreamlike quality. They draw the viewer back in time and hold the attention by submerging the subject within these lines, forms and random marks which are unique to etching. Most of the works employ the use of four plates but some as few as two. The process of drawing, biting and proofing is physical and intense and requires a persistence and stamina which has been developed over many years.


Ethereal, poetic, spiritual, luminous, ambiguous, otherworldly, sensitive, intimate and diffuse are words that have been used to describe these etchings. The complexity of the overlapping layers of tone and colour the artist uses has no parallel in the mainstream within contemporary printmaking which adds to their unique strength.

Stephen also provided a detailed, fascinating demo on his inking and printing methods during the exhibition opening. He demonstrated the use of three different plates, as well as a unique registration system that provides accurate results. We will be sharing a video of Stephen's demo shortly!

Stephen Lawlor's visit is sponsored by the Honorary Consul for the Irish Department of Foreign Affairs in the South Western USA.

More shots from the exhibition opening: 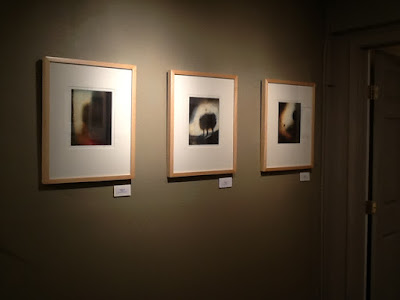 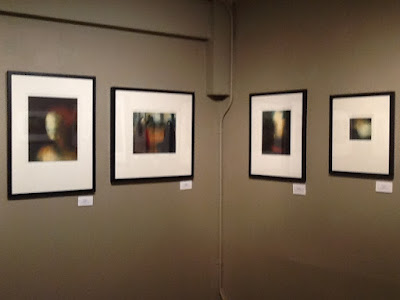 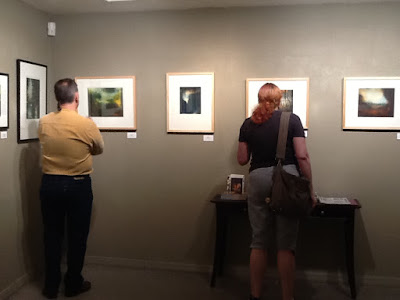 Did you miss the exhibition opening? Don't worry. The show runs through September 25, 2015.

Posted by New Grounds Print Workshop at 3:41 PM No comments: