Ray Maseman heralded in Heroes, Saints, and Expeditions on the first Friday of February. The show, which runs through the end of the month, is the loyal artist’s ninth at New Grounds. Maseman’s newest collection of multiple plate etchings portrays lingering “meditations on existential questions of purpose, home, and the burdens and responsibilities of adulthood,” he explains in his artist statement. This existentialism is depicted through a lighthearted collection of animal characters engaged in a variety of brave odysseys and industrious undertakings.  A cavalry of carpenter penguins forges onward with their rulers, hammers, and saws. A contemplative ram and potted tree are adrift in a wooden boat. The characters’ activities are often set in vast ocean scenes, inspired by Maseman’s residencies afar in the Faroe Islands (an archipelago located between Iceland and Norway and north of Scotland) during the past two summers. Other scenes play out in desolate, jagged, ochre environments - an indirect reference to the New Mexico landscape.

Friday’s opening was a convivial evening - thank you to all of the art appreciators who attended. If you didn’t make the event, please stop by and ponder life’s purpose / see the show before the month’s end. 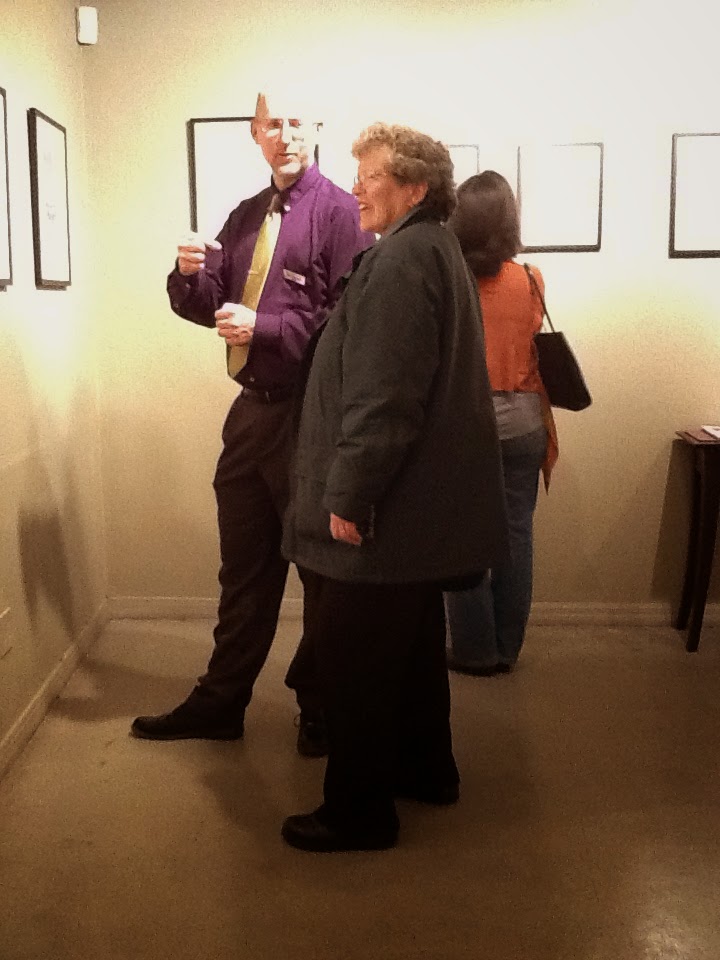 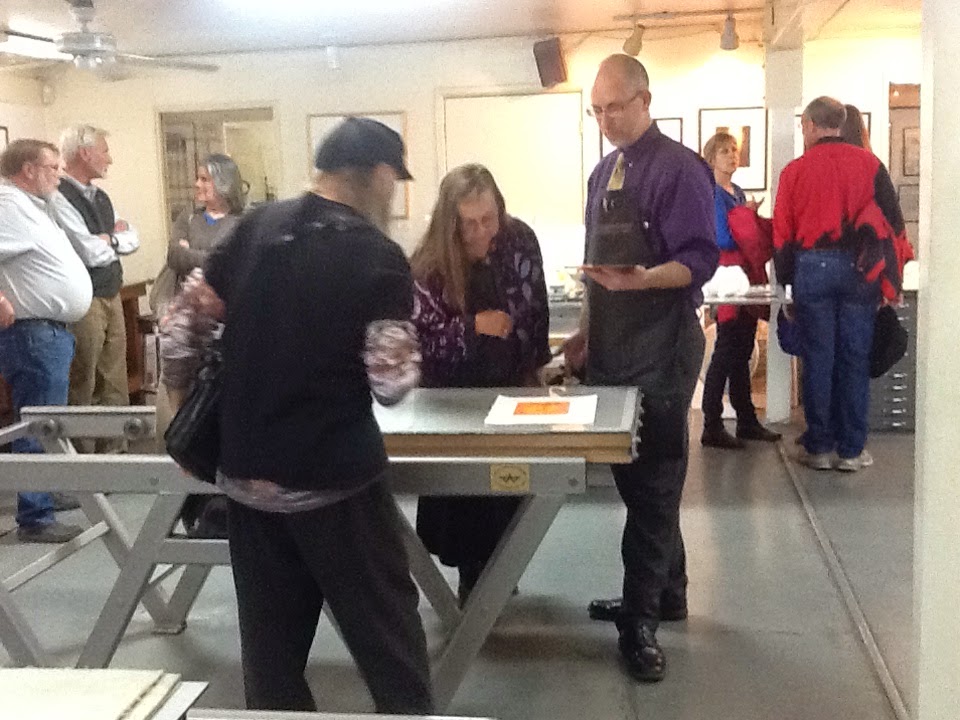 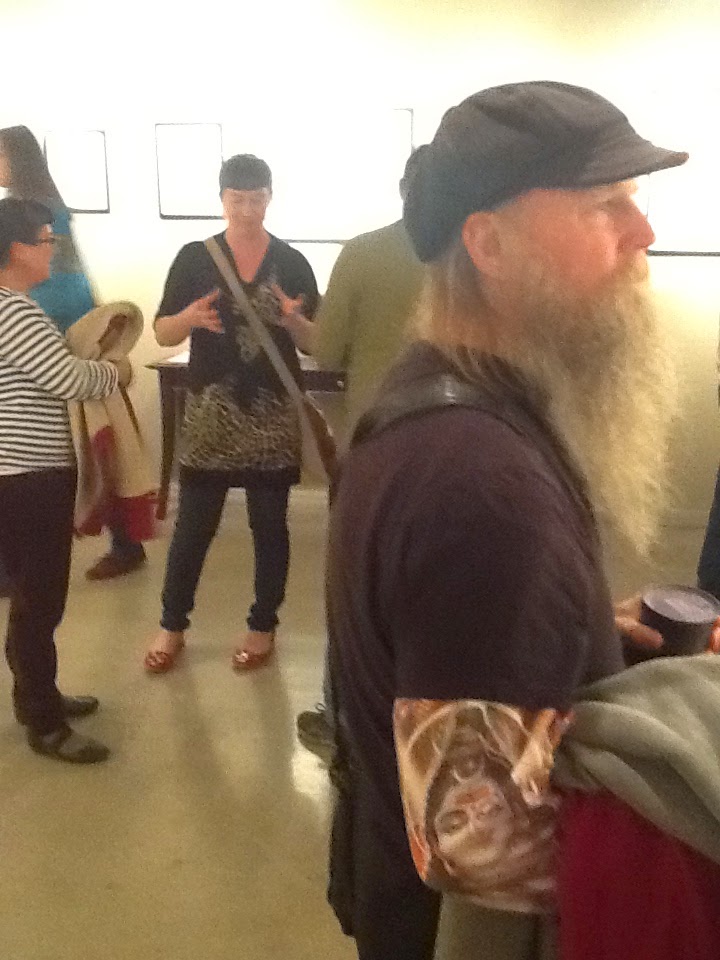 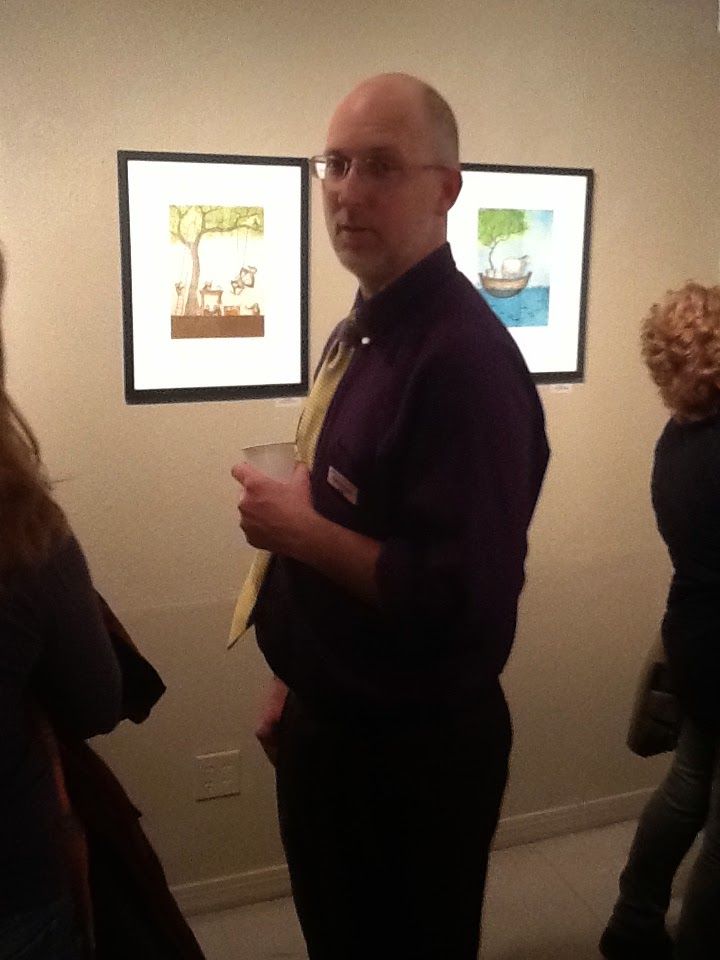 Posted by New Grounds Print Workshop at 1:20 PM No comments: