Posted by New Grounds Print Workshop at 12:12 PM No comments:

Deborah Donelson is back!

We are excited to announce that Donelson's works on paper are once again available at New Grounds. Check out our fresh inventory of her hand-colored gravures.
Posted by New Grounds Print Workshop at 11:17 AM No comments:

This month’s reception was another huge success. With not just one, but two solo shows hanging, a few hundred visitors, and several sales, who could ask for more? Mizraim Cardenas sent us a portfolio of twenty engravings which commemorate Mexico’s 200th anniversary of their independence. New Grounds feels honored to show his exceptional and detailed work. 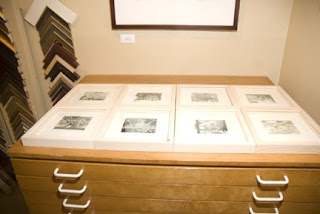 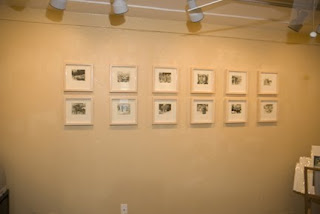 Jorge had a good turnout with many friends and family to join in the celebration of his second solo show at New Grounds! 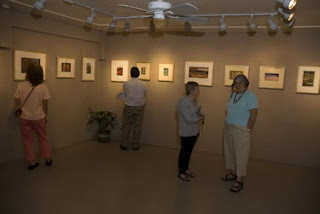 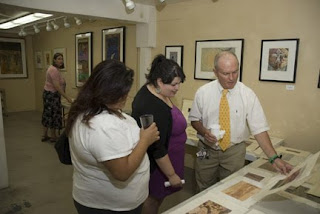 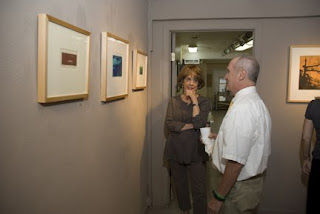 
Jorge gave a demonstration on a gravure process in which he printed a positive and negative version of the same image on top of each other. The result is a very painterly image quite different from printing just a single plate image.
First, the photographic image is adjusted in Photoshop so that it can be properly exposed to the light sensitive polymer plates used for this process. Then, a transparency is printed on an inkjet printer. He had to print two separate transparencies to create this image; one a positive and one a negative. 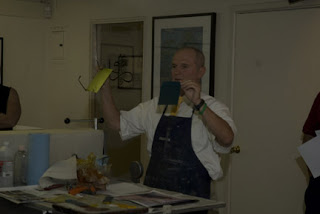 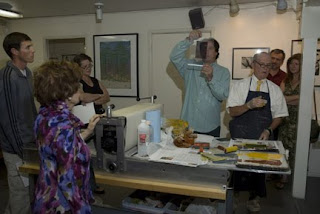 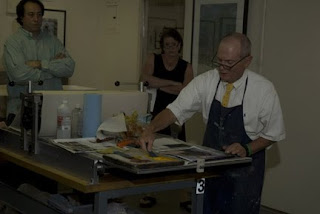 Jorge’s mom even came out to see the demonstration and his show. 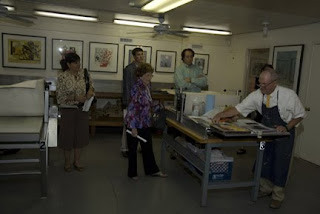 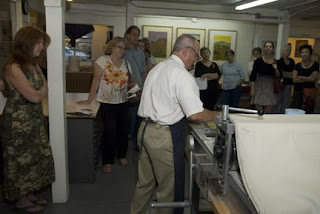 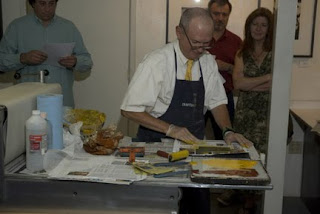 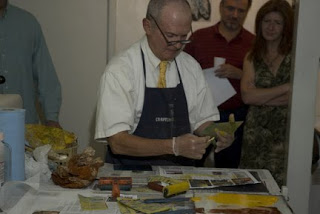 It is best to have both plates inked and ready to go before running through the press. Here is Jorge inking up the second plate. 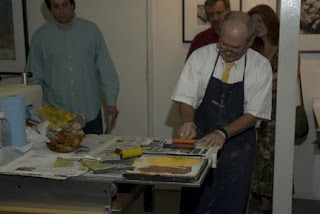 Now Jorge is registering or lining up his plate in the right place on the press bed. It is important that the plates are cut to the exact size so they line up perfectly on the sheet of paper. 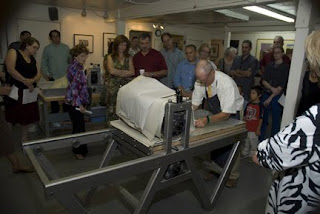 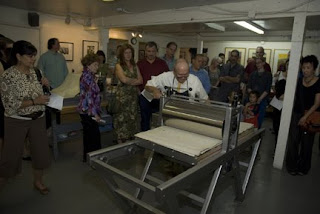 Now Jorge is registering the second plate on top of the first image that he just printed. 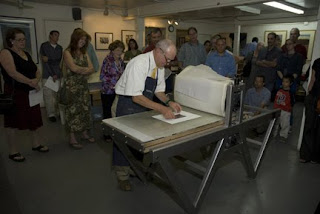 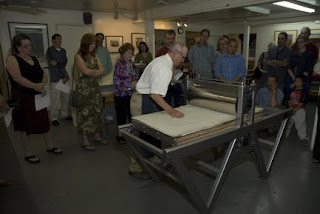 And here is the final image 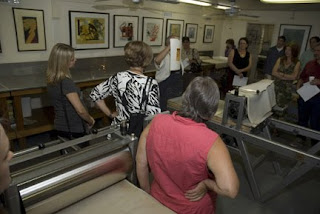 We just want to say thank you to everyone who came to the opening and to all those who volunteered!

Michael Rudahl was the photographer for the evening- Thank you!
Posted by New Grounds Print Workshop at 11:37 AM No comments: