Christine Herman delights in this newest body of work!

Christine created art for not only her first solo show at New Grounds; she also spent a lot of time preparing for the Affordable Art Fair in New York September 22-25!

You can see here that she is a prolific artist and she enjoys what she does! 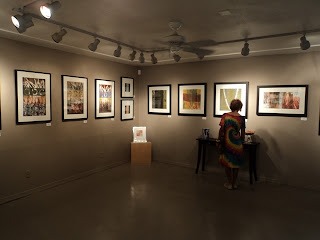 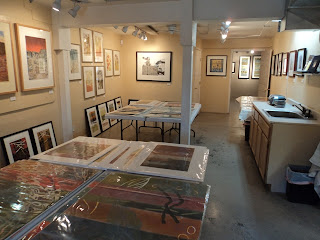 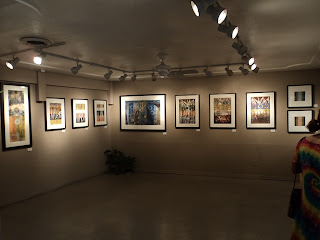 Herman is ready to give her demonstration of a woodblock print and monotype combined. She has many tricks of the trade that she utilizes when creating her art work. It takes many years of practice to do what she does! 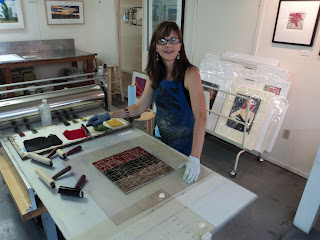 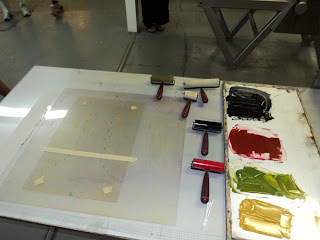 Herman starts by applying green ink with a brayer (like a roller) onto a thin sheet of polycarbonate. 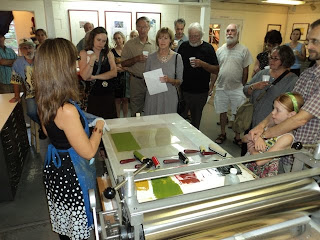 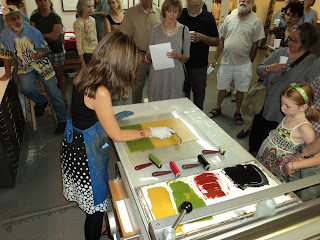 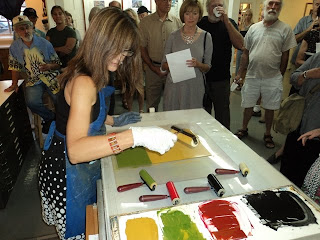 Now Herman gracefully carries her plate through the crowd to the nearby press! 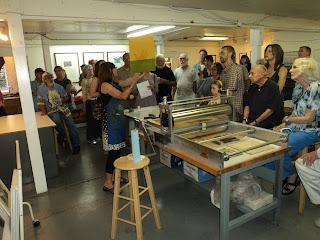 She is now placing the paper on top of the inked plate while Kristen, Intern, is assisting with running the plate through the press. You can see Herman removing the paper from the plate which the ink has been transferred onto. 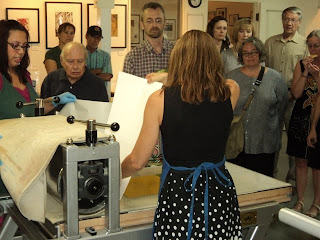 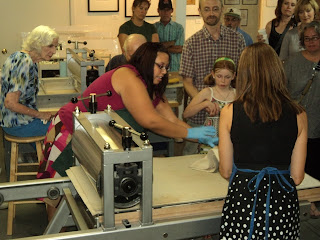 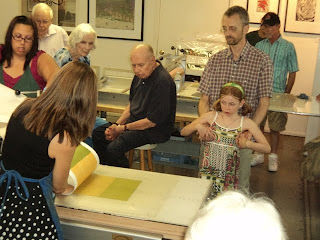 Now it's time to roll the ink onto the carved woodblocks. She is only applying ink to the surface of the block. The wood that has been carved away will not print. Herman also joins two woodblocks together by using masking tape to mask out areas she does not what the black ink to be on. 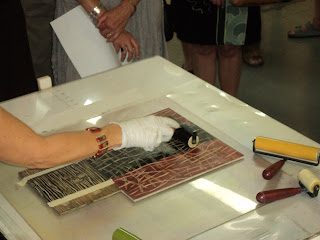 She then removes the tape and applies the maroon color to the edges. 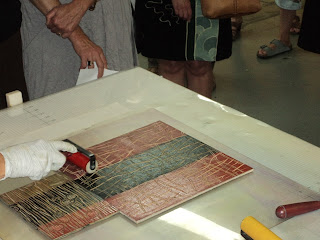 Now she is ready to print. The blocks must be registered on top of the monotype that was already printed. This takes much concentration and precision. 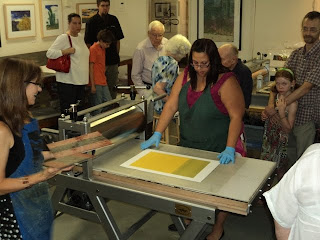 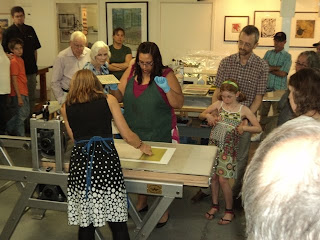 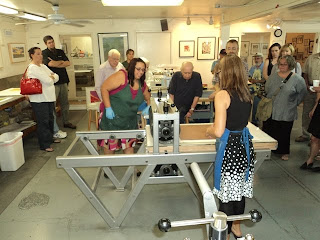 And the final print! 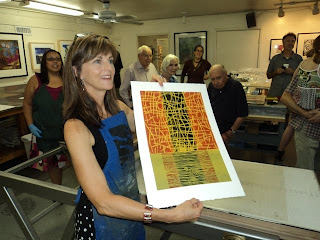 Thanks to everyone who came out to the reception! Here are a few snapshots to share! 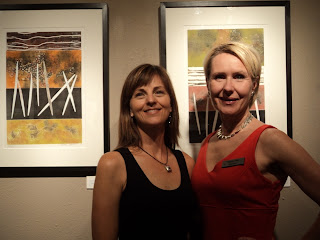 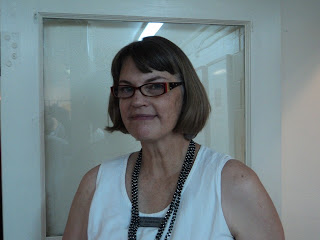 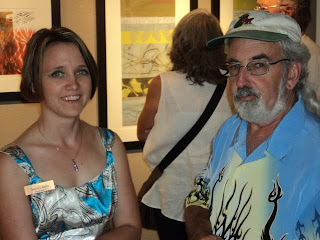 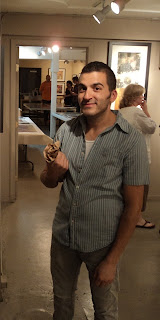 Thanks to Jeff Simpson for taking the photographs!

Posted by New Grounds Print Workshop at 10:06 AM 1 comment: