Mary Sundstrom’s new images are above the cut 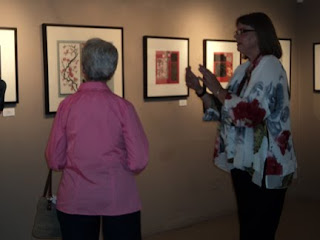 Mary and her work

New Grounds is excited to feature Mary Sundstrom’s monotypes and paper cuts in her current solo show titled “Untamed Gardens.” Mary is a published illustrator whose work can be found in books published by the NM Museum of History and Science and the book covers of Rudolfo Anaya. Sundstrom’s elegant and colorful monotypes and paper cuts are full of birds, blossoms and branches. Her paper cuts take hours to create, and she found a unique way to combine her paper cuts with monotypes either by layering them, or by printing with them. 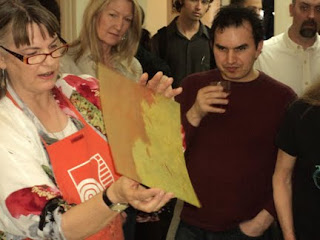 During the reception, Mary gave a very ambitious demonstration of how she combines her monotypes and paper cuts. First she created a simple color-field background using a typical monotype technique of rolling Akua water-based ink onto a monotype plate. This is basically a clear piece of plastic. She removed and added ink until she was satisfied with the image and then transferred the image to paper using a printing press. 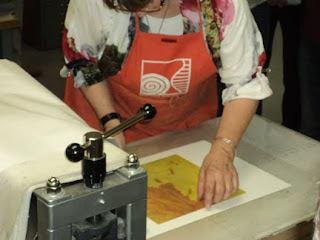 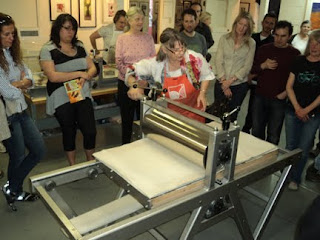 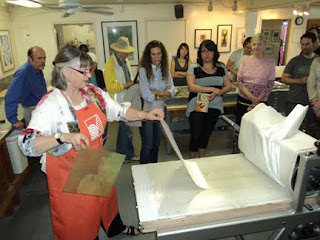 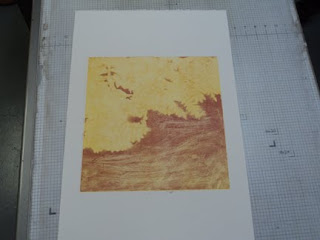 For the next layer of her image she inked up one of her paper cuts, thus using it as a stencil. To get it completely saturated, she covered an ink slab with brown ink, then placed the stencil on top of the ink and rolled more ink over it with a brayer. 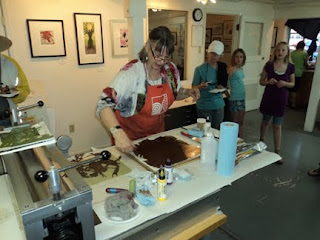 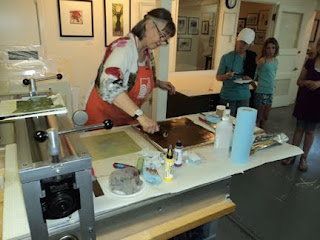 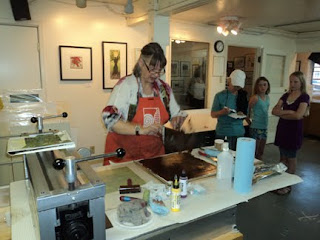 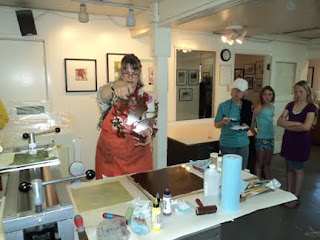 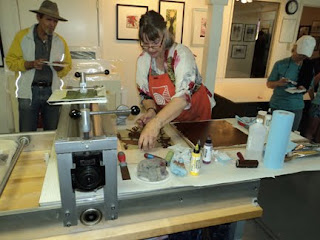 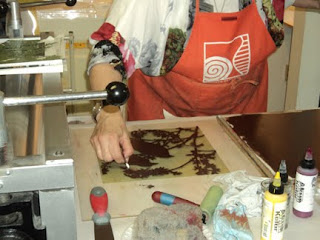 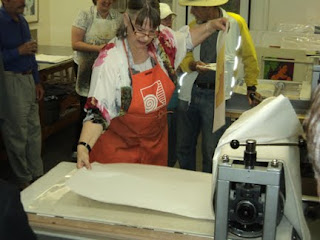 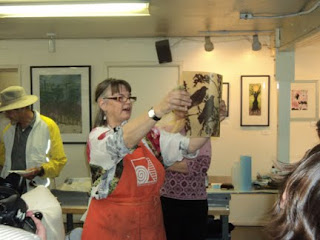 The then removes the stencil, places the plate with the stencil impression on the paper and runs it through the press again. The ink from the stencil which had been transferred to the plate now has become and impression on paper. If this was not a demonstration, Mary would add several more layers of monotype and stencil to complete the image. 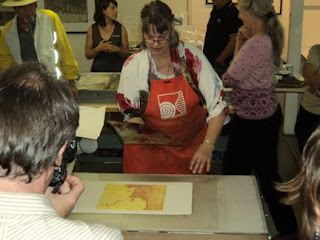 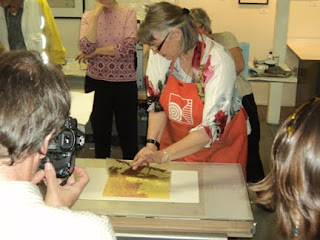 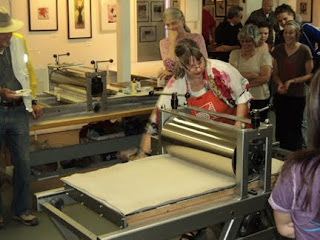 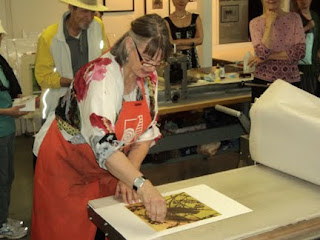 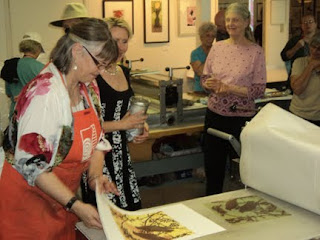 This particular reception coincided with New Grounds 15 Year Anniversary. And yes, we had birthday cake which, according to Jeff Simpson’s pictures, was consumed entirely by Ray Maseman and Pamela DiMauro. Yes, we caught you red-handed!!!! 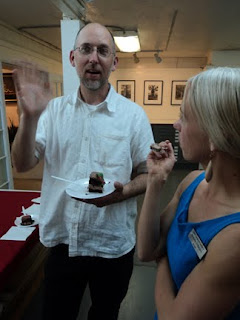 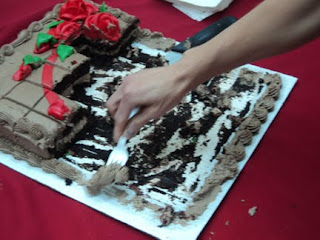 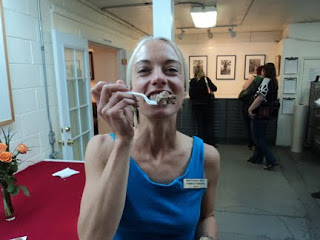 Thank you everybody for coming out to Mary’s reception and our anniversary party. Special thanks to our fabulous interns, Jennifer Jane (far left) and Elena Betke-Brunswick (far right). Photography by Jeff Simpson. The blog was written and submitted by Tanya, gallery assistant (middle left) and Regina Held, gallery director (middle right). 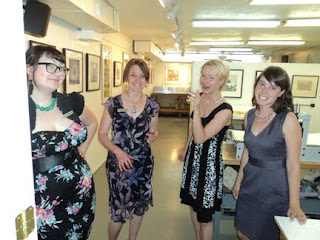